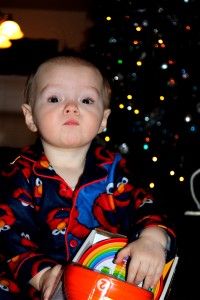 Are most moms guilty of going overboard when it comes to fulfilling their kids’ holiday wish lists? According to a recent online survey, 60% of participating parents claimed that their kids are more spoiled than they were as kids. Even though we are in the midst of an economic downturn, many moms reported that they still find it hard to say no to their kids. But the majority of parents also claimed to draw a line, as 98% percent of those surveyed said they would implement some sort of corrective action if their child seemed “ungrateful” for what he or she had been given.  Read more on TODAY Moms here.

Do you spoil your kids during the holidays?

Be the first to comment on "6,000 Parents Admit to Spoiling Their Kids"