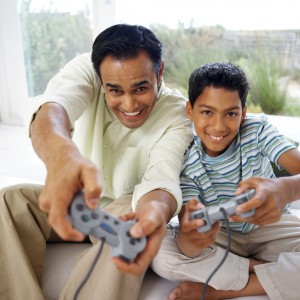 New studies have shown that giving children an ‘active video game console’, such as a Nintendo Wii, does not necessarily increase their physical activity. Although children are simulating sports or dance moves in order to activate their digital avatars, they are not actually gaining any physical benefit. The study was published by Pediatrics, in which researchers gave video game consoles to 87 children age 9-12. The children were told to  record their play times and wore an accelerometer to measure their physical activity levels over a 12-week period. Despite the children’s interest in the games, the results showed no significant difference between children who play active video games as opposed to usual ones.

Does your child often play with an ‘active video game console’ like a Nintendo Wii? Or do you encourage physical activity outdoors?

Read more on this study here.