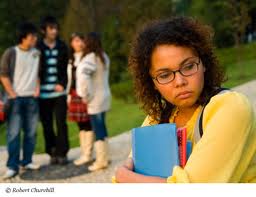 A recent study released by Pediatrics has conveyed that kids who are non-conforming in their activities before the age of 11 are much more likely to face Post Traumatic Stress Disorder and other hindering issues in early adulthood than conforming kids. The study surveyed 9,000 young adults who were asked about their childhood experiences, ranging from play-date activities and roles to facing sexual or psychological abuse. Research revealed that 1 out of 10 kids display gender non-conformity before the age of 11. These children, who fail to take on their ‘expected’ gender role and activities, are more likely to experience physical, psychological and sexual abuse and experience post-traumatic stress disorder (PTSD) by early adulthood. The results showed significant differences in both male and female young adults who were non-conforming when they were children, as opposed to those who acted and as they were expected to as boys or girls.

Unfortunately, most of the abuse faced by some children was found to be rooted in the kids’ homes and by members of their family.

Do you place a strong emphasis on what activities should be doing? Or on the way they should be acting even from a young age? Either way it is important to be aware of the differences. Read more on this interesting article.