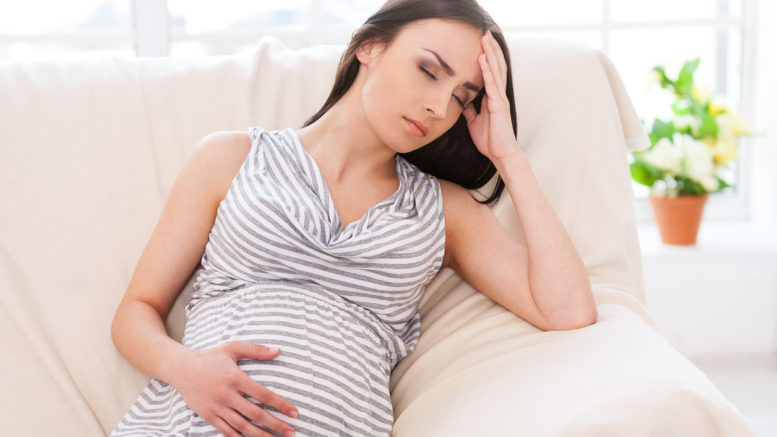 One thing that you should at least enjoy during pregnancy is the absence of PMS symptoms. However, it is not uncommon to hear a pregnant lady complaining about cramps, bloat and stomach pains. Although this is absolutely normal, the discomfort can be hard to bear sometimes. Obviously, you do not expect a swelling tummy to remain the same on the inside.

People have different levels of tolerance to pain and discomfort. Virtually every mother can tolerate mild skin and muscle stretches even during their first pregnancies. Unbearable pain could indicate internal bleeding and other serious complications.

What should you expect generally?

The first mild wave is caused by placental implantation. It will occur during the first weeks and could be confused with PMS discomfort or tummy problems especially when you do not know about the pregnancy.

The second surge will occur around the time when the bump starts to show. It will be caused mainly by skin and muscle stretches as the baby grows. The rushes will be abrupt but won’t last for long.

When should you seek the doctor’s help?

The good thing with tummy discomfort during pregnancy is that it does not last for long. Extended periods of time should definitely raise a red flag. Although light bleeding is absolutely normal during early/ late pregnancy, such extended durations of pain could be accompanied by bleeding right at the same time. It could indicate a miscarriage or wrong baby position. However, it is always better to consult your doctor about any form of discomfort to avoid stress. Talking to a professional will help you focus more on the baby rather than thinking about the pains.

What to do when the pain strikes

The best thing to do is to relax and take deep, long breaths. Tense muscles are more sensitive to pain than relaxed ones. You could even try looking for distractions around you. A good way to relax your muscles is to exercise daily.

Be the first to comment on "Stomach Pains During Pregnancy; An Insight"